I just remembered that today is September 11, and while wandering around the internet, I found a video tribute to some of the Filipino casualties on that tragic and fateful day. I guess it serves as a reminder that 9/11 isn’t just an “American” tragedy – it was everyone’s tragedy …

(“Saan Ka Man Naroroon” is a traditional Filipino ballad, and is roughly translated as “Wherever You May Be”)

I like films, but one of my closest friends does not …

“Aoi”, the close friend in question, and I were raised, more or less, in the same community. We went to the same school and university. We had endless talks, played pranks and went on the occasional adventure or two together. But one activity that we rarely did together was to go a movie theater and watch a wide-screen flick. The reason is really quite simple – Aoi isn’t into films as much as I am. But on those once-in-a-blue-moon occasions when we did go to the cinema, there were 2 movies that we both enjoyed immensely –

(Good morning, Robin Williams – and many, many thanks …)

Hundreds of girls have been kidnapped in Nigeria because they had the audacity to want to get an education.

Be in prayer for these girls and that they might be brought back to their families safely.  It’s hard to imagine that so many girls could be taken away.  Social media as been buzzing trying to draw attention to this problem.

Sadly this problem is not just located in Africa but every day women, men and children are sold into modern day slavery and sex trafficking.

Despite all of the rhetoric and differences that get thrown around Christian circles there should be a united front from all followers of Christ.  These girls (or any person for that matter) are not property to be bought and sold and exchanged for goods.  If we truly believe in the divine presence of God indwells within all of humanity then we should be outraged at…

A respected and well-known forensic expert in the Philippines whose services were tapped by the Department of Health (DoH) to help identify the bodies in typhoon-ravaged Tacloban but had to pull out after being insulted by her counterparts from the National Bureau of Investigation (NBI), yesterday lashed out at President Aquino, saying his latest pronouncement on the slow body count had only exposed the extent of his incompetence and ignorance.

In her twitter account which had been going viral, forensic expert, Dr. Raquel Fortun, said Aquino’s statement defending the National Disaster Risk Reduction and Management Council (NDRRMC) for its slow and low “Yolanda” casualty count, had only exposed the President’s gross incompetence and ignorance.

In his statement the other day, Aquino was quoted saying that the NDRRMC had been relatively slow in its body count as it had to make sure of its data before releasing any figure of the dead. 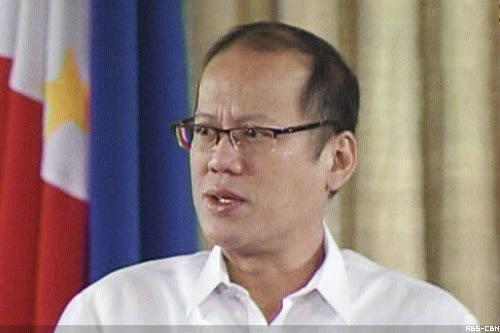 People who are under so much pressure and stress say things that they may regret. We cut them some slack because they’re under duress. Unfortunately, this privilege doesn’t always apply to public figures.

When Typhoon Yolanda struck and things fell apart, all eyes—and ears—were on President Benigno Simeon “Noynoy” Aquino III. Perhaps, confronted by the confusion and overwhelming devastation, he said some things that fueled debates. There’s a saying that goes, “Stick and stones may break my bones, but words will never hurt me.” That’s not necessarily true in this case. The words of a President can make or break a country’s spirit. Through his words alone, he can give people a sense of direction or leave them completely lost. That’s both the blessing and the curse of his job description.

What We Learned from the Aftermath of Typhoon Yolanda (Typhoon Haiyan)

What We Learned from the Aftermath of Typhoon Yolanda (Typhoon Haiyan)

Peque Gallaga is mad as hell

FYI for those who may not know, Mr. Peque Gallaga is a well-respected director in the Filipino film industry.

Not since Marcos have we as a people been so polarized. As far as our hearts and minds are concerned it’s like we’re in the edge of a civil war. We are forced to take a hard look at ourselves and what we value.

Because of this, we are fighting friends in coffee houses, on the telephone, and on Facebook. We are a people whose lives have been upended. We don’t know what to do to get things done right and right away. We lash out. We insult our leaders trying to get them to do a lot more than to pose for photo ops – of giving out relief goods on a one-by-one basis. We cry desperately for demonstrable government response – we get almost next to nothing. It is increasingly apparent that local media goes hand in hand with self-servicing Malacañang press releases which…

Finding Strength After the Storm

“We’ve seen people with every reason to despair, every right to be angry, instead find ways TO LAUGH, TO LOVE, TO STAND UP, and TO MOVE FORWARD… Maraming Salamat for showing us all how to LIVE.” – Anderson Cooper